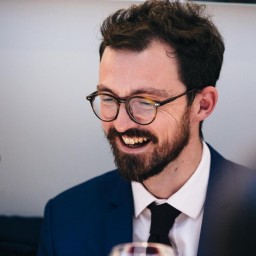 I thought I would post a little  update on our first week in Hanoi – I’ll keep it brief and mostly a smattering photos I’ve snapped along the way.

The really short version is that we have mostly been recovering from the hectic times we had before we left London getting packed up, moving most of our things into storage (shouts to Kieran and Jen!) and of course the small matter of travelling across 7 time zones from London to Hanoi via Helsinki!

The day before we left London was predictably mental but thanks to the help of some good friends (Jimmy, Jez, Kieran, Jen and James), we got the rest of our stuff packed up and moved away.

This allowed us the opportunity for a last supper of sorts with our friends in Hackney at our favourite haunt and spiritual home – Kino – on Morning Lane.

From our last night in Hackney at @KinoHackney

Once we’d had pizza and a few jars, it was time to say goodbye for a while…although most people were relieved / wondering what all the fuss was about when we both said we would be back visiting in July and August!

So, it was goodbye to the green fields of England (because there’s lots of that in London…)

…and hello to sticky, mental, chaotic Hanoi and, more importantly, the land of amusing shop names.

The first days were really spent suffering from near-exhaustion. We had 3 hours sleep the night before we left thanks to last minute packing and cleaning of our flat and of course didn’t sleep much on the 14 hour plane journey.

Once we’d recovered, Annie had to start work and I started the task of finding apartments.

After a fairly frustrating week or so and having seen around 20-30 different places, I’m happy to say that we have found a place and we move in on Thursday next week.

In between all that house-hunting, we have both taken every opportunity to sample the gastronomic delights of Vietnam.

It hasn’t all been Vietnamese food, though. We figure being expats allows us to eat a variety of cuisines, guilt free…and boy does Hanoi step up to the plate (ahem) in that regard. We’ve had some the best South Indian food I’ve ever tasted and went to a great diner-type bar/restaurant that could have just as easily been extracted right out of Hackney, right down to the moustachioed, drain-pipe-jeaned waiting staff.

The place even had GoldMalt craft beer with which to wash down our burgers:

Aside from food and flat-hunting, we have experienced some incredible storms with ear-piercing thunder.

Here’s a video (skip to 0:14) – the images aren’t great but you should be able to experience a taste of the thunder and lightning…and that wasn’t even the worst of it!

Sadly, a number of people were killed and injured as a result.

That’s about it for now but, not wanting to finish on a sad note, here’s a picture of my on-street barber whose name I can neither pronounce nor remember:

What better way to follow lunch than a haircut and a shave in the park! #Hanoi #Vietnam

We move into our place next week, I’ll stick up some photos and maybe even a video tour. I’ll also attempt to continue to get to grips with the lingo…

Well, with the apartment sorted, I thought I would look into Vietnamese lang 101. There are 8 different words for personal pronouns. Ah. #fb

View all posts by drewemerson

I'd love to hear your comments: Cancel reply